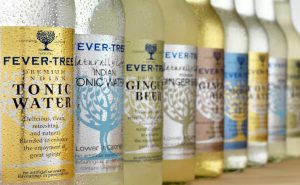 The shares of several of AIM’s largest, highest profile, companies have tumbled over the past few months. In this Blog, Fundamental’s Chris Boxall gives his thoughts on the lacklustre performance of some of AIM’s previous high-flyers. Could now be an excellent buying opportunity or were the share prices simply far too over-heated before.

While the fall from grace of Burford Capital (LON:BUR) has stolen the AIM headlines, several of AIM’s other £billion companies have also experienced material share price falls over the past 12 months.

Fevertree Drinks (LON: FEVR), the world’s leading supplier of premium carbonated mixers, has seen its share price slump 45% from the highs reached in August 2018 when it was basking in the perfect environment of a UK heatwave, World Cup and royal wedding. However, despite the share price falls, the shares still trade at a rather punchy 36x forecast earnings estimates for the year ending December 2019 which assume 16% growth in sales.

There is no doubting the appeal of Fevertree’s excellent products and it is a simple business to understand, however, the sky-high valuation has always left little room for error and much depends on growth outside its home UK market, which is starting to appear somewhat saturated.

Group sales in the first half of 2019 only rose 12%, which is decidedly underwhelming for a business on such a rich rating. However, 31% growth from the key US market was more encouraging with the launch of Spiced Orange and Smoky Ginger Ales set to tantalise American’s taste buds. With Fevertree already dominating its home G&T market, we remain wary that the valuation as it stands still hangs on an acceleration of growth in the US and Europe. Without the help of the mania for craft gins which helped drive growth in the UK, this looks a far trickier proposition. A cracking business and huge AIM success story nonetheless, but we are not imbibing yet.

Keywords Studios (LOMN:KWS), the technical services provider to the global video games industry, has been another soaring success on AIM, although it’s acquisition led business model is very different to that of Fevertree, whose stratospheric growth was all of its own internal making. Having acquired a large number of independent studios and underpinned by a booming sector, KWS has turned itself into a significant external development partner to leading video content creators and publishers. Sales have soared over the past few years from only €37m in 2014 to €250m in 2018, with forecasts of €319m for 2020 buoyed by acquisitions and organic growth. Much like Fevertree the shares are 45% off August 2018 highs and currently trade at a more modest 26x forecast adjusted earnings for 2019. Keyword’s acquisition led model results in plenty of adjustments to its financial statements, to the extent that it is hard for us to determine what is the likely norm going forward. We prefer companies like Fevertree where organic growth is the primary driver and have yet to be tempted by Keyword’s model.

Online fashion pioneer ASOS (LON:ASC) long held the crown as AIM’s largest company. Having slipped down to 4th place at the end of September the shares have risen 46% in October following full year results which offered much needed encouragement, pushing the market capitalisation back to £3bn moving ASOS back into second place on AIM, close behind rival Boohoo Group (LON:BOO). While the shares are more than 50% off the highs reached in January 2018 the valuation continues to challenge investors like us. With international retail sales now representing just over 60% of the group total and plenty of investment made to beef up their international operations, ASOS looks well placed to supercharge international growth. However, mass market fashion retail is hard for us to understand and we aren’t tempted to jump onboard yet.

Blue Prism Group (LON:PRSM) is a pioneer in the field of Robotic Process Automation (RPA), an emerging form of business process automation technology where a virtual workforce powered by software robots are trained to automate routine back-office clerical tasks such as form-filling and invoice generation.

While revenue has grown significantly since listing, losses have also escalated as the group has increased its spending on sales and marketing in support of international growth. Revenue for the 6 months ending 30 April 2019 rose 82% to £42m, but operating losses ballooned over 500% to £35m, following material growth in sales and marketing headcount. Thankfully the business had over £100m of cash in the bank available to support this international expansion, having raised £100m in January 2019 at a price of 1100p per share.

We found it somewhat disconcerting that shortly after the material fund raise the Group’s Chief Revenue Officer decided to sell 100,000 shares (the majority of his shareholding), retaining a stake of only 50,000 shares. The subsequent sale in July 2019 of 424,000 shares by the Chief Technology Officer, netting him £6.2m, didn’t offer much comfort either.

The material share sales have been fuel for the bears pushing the share price down 67% to 866p.

While Blue Prism operates in a very exciting growth area it’s also an area which is very hard for an outsider to understand, making it extremely difficult for us to make a credible valuation judgement – just because the shares have declined more than 60% doesn’t mean they are now a bargain!

Of the above AIM heavyweights, we are keeping a close eye on Fevertree. It is highly profitable (operating margins 30%) and cash generative and operates in a sector we can understand, growing organically through its own internal development, slick marketing and expanding distribution. Unlike many of its peers, its financial statements are also mercifully free of accounting adjustments, which goes down well with us.