Crowdfunding continues to thrive, but the valuations look crazy – better value on AIM? 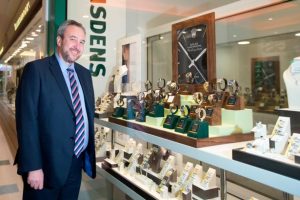 The latest news that leading UK based crowdfunding platform Seedrs raised a further £4.5m in a new funding round has highlighted the appeal of rapidly growing, early stage companies to UK investors, at least relative to the duller offerings on the UK stock market.

However, while there is no doubting the growth appeal of early stage businesses, we struggle to understand the high valuations many of these are achieving on the crowdfunding platforms when raising new money. In many cases money is being raised based on a mere idea, rather than a viable business. We fear this investing bubble will ultimately see small private investors lose out significantly, not simply through business failures, but as these cash consuming start-ups are subsequently forced to raise money at far more modest valuations.

A prime example of the valuation folly on crowd funding sites was recently illustrated by WeSwap, the online peer-to-peer travel money platform.

Back in November 2018 WeSwap was meeting prospective investors with a view to listing on AIM but failed to attract interest at the desired valuation. Admittedly it wasn’t a great time to list with stock markets going through one of their periodic sell-offs, nevertheless, the proposed valuation of more than £40m for a loss making business in a highly competitive arena looked crazy to us.

Fast forward 7 months and WeSwap raised a further £2.5m on Seedrs at a pre-money valuation of an eye-popping £41.6m.

Comparison can be made to AIM listed Ramsdens (LON:RFX), the diversified, financial services provider and retailer, which has its own thriving foreign currency exchange business.

For its last financial year ending March 2019 Ramsdens grew revenue 17% to £46.8m and underlying profit before tax was up 4% to £6.7m. Its foreign currency business alone served 705,000 customers, exchanging £496m of currency and generating gross ‘profit’ of £11.6m. It also rewarded shareholders with an appetising dividend of 7.2p per share, equating to a yield of 3.7% at the current share price.

We acknowledge that Ramsdens may not be growing as rapidly as WeSwap, however, unlike WeSwap it is demonstrating an ability to grow while generating profits and cash.

Many investors seem fixated that online offerings like WeSwap represent the only route to investment success. Yet the success of many online businesses is dependent on spending huge sums on marketing, much of it swelling the coffers of Google and Facebook. Contrastingly, while a High Street based business like Ramsdens addresses a much smaller potential customer base from its individual sites, its multi-faceted offering, of which foreign currency is just one element, is a beneficiary of falling rental costs.

Backers of crowd funded businesses will ultimately require an exit and a stock market listing, notably AIM, is one such route for this. Yet UK stock market investors seem very reluctant to overpay for loss-making, early stage businesses, addressing relatively small markets. It’s very different in the US, where the market is so much larger and the potential rewards thereby much greater.

While valuation concerns persist with many AIM companies, they look relative bargains compared to their peers on crowdfunding sites. Furthermore, as Sterling is set to languish over Brexit we expect to see overseas buyers keeping a close eye on modestly valued UK listed companies.

August saw our AIM portfolio holding Sanderson Group (LON:SND) snapped-up by a US based acquirer and we expect to see more over opportunistic moves of this type over the coming months.

If you are interested in benefiting from our expertise investing in AIM and smaller quoted companies, please speak Chris or Stephen on 01923 713890 or email [email protected]