Solid State (AIM:SOLI) – a ‘not so Solid’ trading update 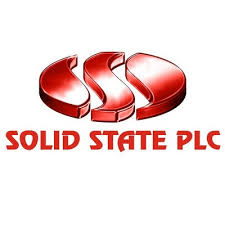 The AIM listed supplier of specialist industrial/ruggedised computers and electronic components has issued a profit warning with suggestions that not all is going to plan with their large Ministry of Justice contract!

The update starts brightly enough and “despite some softening in Solid State’s markets as widely reported by industry peers, the Company has made a satisfactory start to the year.” However, the fact that for the six months to 30 September 2015 turnover of approximately £21m (2014: £17.13m), being 22% higher than the comparable period, is only set to deliver pre-tax profit of £1.50m (2014: £1.55m), being marginally lower, suggests problems!

The big issue surrounds the ‘material contract’ which we assumes means the contract with the Ministry of Justice for the supply of monitoring hardware for GPS offender tagging. Following a customer meeting on 27 October 2015, delivery expectations for a material contract have apparently been “varied” which will impact the second half of the year. The statement continues how “The contract is high profile and a high priority for the customer and Solid State is confident that it is fulfilling its obligations to the customer.” It is hard to gauge exactly what is meant by this but the defensive nature of this statement suggests some differences of opinion between SOLI and customer!

The house broker has now reduced PBT and EPS forecasts to show a broadly flat y-o-y outcome. Revenue forecasts for the year ending March 2016 are reduced from £57.0m to £44.0m with pre-tax profit reducing from £5.3m to £3.2m.and eps coming back to 36p (from 56p). The dividend is also reduced to 12p resulting in a yield of 2.5% at the current share price. The broker has withdrawn estimates for March 2017.

SOLI has been progressing quite serenely over the past few years boosted by the material MoJ contract so this is clearly disappointing news, let’s hope it’s only a minor blip!