Kwasi’s bold Budget – what does it mean for AIM? 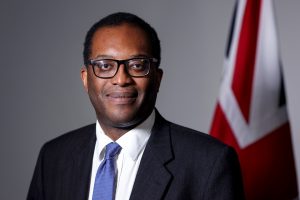 UK chancellor Kwasi Kwarteng’s mini-Budget, ‘The Growth Plan 2022’, which is intended to give a much-needed boost to the British economy, should be good news for smaller growth companies, particularly those on AIM, although you wouldn’t believe it from the stock market’s initial reaction to the news!

Kwarteng announced a “new approach for a new era”, based on what he said were three pillars of supply-side reform, tax cuts and a responsible approach to public finances. The tax cuts announced are expected to cost £45bn by 2026-27 with the Financial Times commenting how they are even larger than the reductions in Nigel Lawson’s 1988 Budget and the biggest since 1972. Paul Johnson, director of the Institute for Fiscal Studies, said: “It’s half a century since we’ve seen tax cuts announced on this scale.”

Skipping through the cuts to personal tax, our focus here is on how the so-called Growth Plan 2022 might impact companies in our AIM portfolios.

While the measures will probably do little to insulate buyers from the effects of rising interest rates or meaningfully boost first-time buyer numbers, they will help to underpin the construction of new homes in the UK and all those businesses supporting the housebuilding sector, of which there are several on AIM, one of which we covered in an earlier Blog here.

The government has committed to cancel the increase in the main rate of Corporation Tax to 25% which was due to take effect from April 2023, keeping the rate at 19%. This is clearly excellent news for shareholders in all UK-based companies.

Tax Partner, Elliot Weston at Hogan Lovells, said: “Overseas investors looking to invest in UK assets do look at the headline rate of UK corporation tax when they model financial returns, so keeping it low can have a marketing benefit for the UK…”

To further support businesses to invest and grow, the government will also make permanent the temporary £1 million level of the Annual Investment Allowance (AIA), which was due to expire after 31 March 2023. This will support business investment, provide businesses with more stability and make tax simpler for any business investing between £200,000 and £1 million in plant and machinery. This means businesses can deduct 100% of the costs of qualifying plant and machinery up to £1 million in the first year.

The government is supporting companies to raise money and attract talent by increasing the generosity and availability of the Seed Enterprise Investment Scheme (SEIS) and Company Share Option Plan (CSOP). It also remains supportive of the Enterprise Investment Scheme (EIS) and Venture Capital Trusts (VCT) and sees the value of extending them in the future. Hopefully this will support an increase in the number of EIS qualifying issues on AIM, which have been few over recent years.

EIS was due to expire in April 2025 because of a European Union state aid ‘sunset clause’, resulting in investors to call for an extension. The scheme has provided £1.7bn a year to 3,755 companies and generous tax relief for investors. Kwarteng also announced a raising of the age limit on companies raising SEIS investment from two to three years.

Tourists visiting the UK will be able to benefit from VAT-free shopping, providing a shot in the arm for the beleaguered UK retail sector.

Kwasi Kwarteng told the House of Commons: “Britain welcomes millions of tourists every year, and I want our high streets and airports, our ports and our shopping centres, to feel the economic benefit. So we have decided to introduce VAT-free shopping for overseas visitors.”

Kwasi Kwarteng told MPs that the planning system for major infrastructure projects is “too slow and fragmented” as he pledged to speed it up.

The Chancellor said that “in the coming months, we will bring forward a new Bill to unpick the complex patchwork of planning restrictions and EU-derived laws that constrain our growth”.

Those businesses supporting major infrastructure projects, of which there are several on AIM, will clearly benefit.

The combined effect of a deteriorating economic outlook, the energy support package and the proposed tax cuts will see government borrowing increase by £411 billion over the course of the next five years, according to the Resolution Foundation.

The think tank said that “debt is on course to rise in every year reflecting the largest permanent loosening of fiscal policy on record”.

Torsten Bell, the Resolution Foundation’s chief executive, said: “This may not have been a Budget, but the Chancellor has certainly blown the budget with the biggest package of tax cuts announced since the ill-fated Barber Budget of 1972.”

Despite the prospect of higher interest rates, the pound fell to $1.09 against the dollar, its lowest level since 1985. As we commented in our previous Blog here  the UK’s weak currency could offer a terrific opportunity for UK exporters.

There are plenty of these on AIM, with many having seen their share prices and valuations tumble over recent months, offering a compelling buying opportunity for patient investors, particularly with those with an eye on the Inheritance Tax planning benefits.

The weak pound and tumbling share prices also make UK listed companies more appealing to overseas buyers and there have been several offers and recommended bids for UK Technology companies over the summer, including two on AIM.

To find out more about the benefits of investing in AIM, please speak to our Business Development Manager Jonathan Bramall via email [email protected]  or phone 01923 713 894

Our Webinar here covered many of the key questions clients ask when considering investing in AIM shares for Inheritance Tax Planning purposes. You can watch a recorded version of the webinar from the link here.