Russia invades Ukraine and stocks tumble – what does it mean for the portfolios? 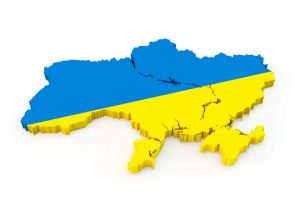 Attributed to Nathan Mayer Rothschild during the Napoleonic wars, it’s pertinent to consider the above statement at the current time as Russia invades Ukraine and stock markets plunge – at the time of writing the UK stock market is down 3%.

But how have wars really affected stock markets?

Research from LPL Financial indicates that stocks have largely shrugged off past geopolitical conflicts. “As serious as this escalation is, previous experiences have indicated it may be unlikely to have a material impact on U.S. economic fundamentals or corporate profits,” said LPL Financial Chief Investment Strategist John Lynch.

The table below, courtesy of LPL Financial, summarises the stock market reaction to major geopolitical events going back to the Pearl Harbor Attack of 1941.

Iraq’s Invasion of Kuwait in 1990 offers an interesting guide and resulted in a 16.9% total drawdown in the S&P 500 Index over the course of 71 days; it subsequently took 189 days to recover.

However, history tells us that it’s the periods of uncertainty, such as those experienced over recent weeks, when stocks suffer the most.

In 2015, researchers at the Swiss Finance Institute looked at U.S. military conflicts after World War II and found that in cases when there is a pre-war phase, an increase in the war likelihood tends to decrease stock prices, but the ultimate outbreak of a war increases them. However, in cases when a war starts as a surprise, the outbreak of a war decreases stock prices. They called this phenomenon “the war puzzle” and said there is no clear explanation why stocks increase significantly once war breaks out after a prelude.

Similarly, Mark Armbruster, the president of Armbruster Capital Management, studied the period from 1926 through July 2013 and found that stock market volatility was actually lower during periods of war. “Intuitively, one would expect the uncertainty of the geopolitical environment to spill over into the stock market. However, that has not been the case, except during the Gulf War when volatility was roughly in line with the historical average,” he said.

“Part of the reason for the calm may lie in the changing structure of global oil markets and how the U.S. economy has become less vulnerable to energy price swings,” said JPMorgan Funds chief global strategist David Kelly in a note. “Part of the reason may be purely psychological. Today’s investors have seen the stock market recover from both 9/11 and the Great Financial Crisis, arguably the greatest geopolitical and economic shocks of our time. This makes it easier for investors to shrug off other events.”

A conflict with Russia can also cause volatile oil markets, as Russia is a key producer of crude oil and natural gas, with pipelines feeding many parts of Europe. If Russia were to close the taps, or have its oil infrastructure damaged, it could lead to higher energy prices – the oil price has now risen above $100 a barrel for first time since 2014. Interruptions to the ports around the Black and Baltic Seas could also create even bigger shipping headaches and lead to food inflation as grains and other staples remain stuck at sea.

What does this mean for your portfolio?

The uncertainty of recent weeks has already brought a sharp sell-off in share prices, even before today’s events. The S&P500 index, which all other markets generally follow, is already 12% down on the highs hit at the beginning of the year. The main UK stock market has fared somewhat better in the short term and is only 5% lower, although that should be considered in the context of it not going anywhere over the past 5 years, while the S&P500 has climbed 79%, even after recent falls.

As we would expect, smaller companies and notably growth companies on AIM, have fared worst of all, with the AIM Index down 23% from the highs hit at the beginning of September 2021 and 18% in the quarter to date, with the latter broadly in-line with our AIM portfolios.

Much of this fall is down to inflationary fears and the prospect of a rise in interest rates, with so-called ‘growth stocks’, impacted more than old-economy stocks and news of the invasion impacting things further.  As we have commented previously, valuations of some of the earlier-stage and more speculative companies of AIM have also looked somewhat overheated for a while and a pull-back was long overdue.

In the short-term, this has little or nothing to do with companies results or indeed their prospects, it’s simply a matter of general sentiment, which sees small sellers of less liquid smaller companies materially impact share prices, in the absence of buyers.

At times like this the best course of action, which we have followed steadfastly since our founding in 2004, is to sit patiently and wait for the opportunities to arise, as they surely will and, in some cases, already have.

We remain comfortable with our portfolio companies, which remain good businesses (whatever the stock market may currently imply) and set to deliver strong returns to shareholders over the coming years.

While the plunging stock market might be a concern, there are clearly far more meaningful consequences of war and our hearts go out to the people of Ukraine at this terrible time.