As AIM celebrates its 25th birthday, are the tax reliefs at risk? 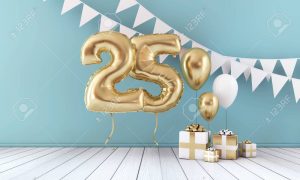 A recent article in the popular press has alluded to the potential withdrawal of Inheritance Tax/Business Relief on AIM shares.

As a well-established investor in AIM for Inheritance Tax (‘IHT’) planning purposes, we have become used to regular press mutterings over the 16 years we have been managing our AIM for IHT portfolios. The introduction of an Autumn statement gave the press another opportunity to cover this topic, whether they had anything worthwhile to say or not.

It is also somewhat ironic that the latest press report comes at a time when AIM is probably enjoying the most positive period in its 25 year history, with numerous small AIM pharma and biotech groups at the forefront of developing tests and vaccines in the battle against Covid-19. This has not been possible without the support of their shareholders, many of whom have been encouraged to invest with the added attraction of IHT relief.

While there has always been the risk that tax relief might be removed or restricted in some form, if anything the tax reliefs for investing in AIM have been enhanced over the years. The availability of AIM shares in ISAs from 2013 resulted in a wave of new money finding its way to London’s growth market and the majority of new investment in our AIM for IHT portfolios (and no doubt those of other providers) is now via ISA transfers. The withdrawal of stamp duty on AIM shares in 2014 provided further encouragement.

Business Relief rules in brief
Investments that qualify for Business Relief (formerly Business Property Relief) can be passed on free from Inheritance Tax upon the death of the investor, provided the shares have been owned for at least two years at that time.

The shares of qualifying AIM companies benefit from the Business Relief rules, which were introduced in the 1976 Finance Act by Labour Chancellor Denis Healey. The primary objective at that time was to ensure that, after the death of the owner, a family-owned business could survive as a trading entity, without having to be sold or split up to pay an IHT liability. For the purposes of the Business Relief rules, AIM does not meet the HMRC definition of ‘listed’, accordingly shares in qualifying companies on AIM carry the same Business Relief benefits as private trading companies.

Not all AIM companies qualify for Business Relief and, for a modest outlay, our associated Investor’s Champion’s AIMsearch tool can tell you which do, which don’t, and which are doubtful.

The evolution and maturity of AIM now means that many substantial companies and their shareholders benefit from Business Relief, causing some to question the appropriateness of this attractive tax incentive – AIM quoted boohoo Group, the UK’s fourth largest listed retailer with a market capitalisation of £5.3bn, which would gain it entry to the FTSE100 Index, qualifies for Business Relief purposes.

Intelligent Partnership, the UK’s leading provider of education and insights on alternative investments, has commented how, prior to the last Budget there was speculation that Chancellor Rishi Sunak might alter IHT – from something as radical as replacing it with a lifetime gifting allowance through to reducing or removing some of the Inheritance Tax reliefs, including Business Relief.

The removal of Business Relief would clearly have negative effect on the AIM market. According to Investor’s Champion’s AIMsearch, 65% of AIM companies qualify for the relief and a further 10% offer some qualification, subject to exclusion for excepted assets on their balance sheets. We consider that any impact from the withdrawals of relief may be less significant for larger more liquid AIM companies (Mkt cap £250m+), the share registers of which are now dominated by mainstream institutional investors, rather than AIM for IHT managers. For example, the share register of Fevertree Drinks, one of AIM’s largest and most successful companies with a market capitalisation of £2.4bn and a Fundamental AIM portfolio holding, is dominated by mainstream institutional funds, which hold 39% of the equity. The founders still retain a combined 11.76% but institutions have proved to be keen buyers of their shares in the past. The same applies to many other large, rapidly growing AIM companies, with institutions eager buyers of large parcels of shares if the opportunity arises. This has been notable over the pandemic where numerous AIM fund raisings have been supported by large mainstream institutional investors, as opposed to IHT money.

Furthermore, the premium rating of many AIM companies is less about IHT investor buying and more to do with the attractive growth prospects of many substantial AIM companies compared to the low-growth opportunities available on the main UK stock market.

Sunak ultimately left IHT and Business Relief alone with some speculating that planned tax rises and relief cuts have now been pushed back until after the coronavirus threat has subsided. However, the government re-iterated its support of mechanisms through which growth can be generated, stating: “The government places a high priority on expanding the supply of finance through the cycle to support long-term investment to increase the productive capacity of the economy, across all regions and nations of the UK. This includes, but is not limited to, areas such as infrastructure, SME finance, venture and growth capital”

The UK government will have a need for new sources of revenue in view of the huge cost of supporting the pandemic and, a so-called tax expert quoted in the recent article, commented how the removal of Business Relief could be much more attractive than raising VAT or income tax. However, this seems questionable if one considers the irrelevance of IHT relative to the total UK tax collection, the current corporate funding demands and need to stimulate growth.

The HMRC Annual and Report and Accounts 2018/19 (a must read!) reveals that IHT receipts, which are lumped together with Other taxes, were a meagre £5.3bn, or 0.854% of total tax revenues of £628bn in 2018/19. Wealthy individuals paid £54bn of tax, small businesses £115bn and large businesses £135bn. VAT, which is included in the business numbers, contributed £135.6bn to the overall tax. Inheritance Tax doesn’t even get a specific mention in the HMRC report.

These numbers highlight the irrelevance of IHT relative to the bigger tax take, suggesting the government will need to address the main sources of tax to boost its coffers, rather than tinker with IHT.

Furthermore, it would surely make better economic sense to enhance, rather than diminish, tax incentives for individuals in smaller companies. This would help stimulate growth and ultimately do more to boost overall tax collections by boosting the major tax collection points of PAYE, VAT and corporation taxes.

To avoid the potential pitfalls of a change in the Business Relief rules, the legal profession would like investors to embrace the apparent benefits of using a trust. When the two-year minimum holding period for AIM shares had been reached, solicitors suggest the shares could be put in trust to cement the tax exemption. This could conceivably protect investors from any retrospective change to the rules, although the estate will then be saddled with a costly and unwieldy trust structure which comes with its own set of tax rules and places the investor’s assets in the control of others.

We have experienced on numerous occasions at first hand the added complexity and cost, including outrageous legal fees, imposed on relatively small estates with trust structures in place and would urge investors to think carefully before going down this route.

Since launch on 19 June 1995, AIM has supported nearly four-thousand growth companies in raising over £117bn, 61% of which has been through follow-on fundraisings. The equity fund raisings over the pandemic have seen investors plough £billions into UK companies to help keep them going, removing a further burden from the government and 158 AIM companies have raised £1.9 billion of follow-on capital in the first five months of 2020. Research from Grant Thornton shows that AIM companies directly contributed £33.5bn to UK GDP and supported more than 430,000 jobs in 2019.

The London Stock Exchange’s collaboration with Primary Bid has also broadened retail investors’ access to follow-on equity raisings during this challenging period. Many of these same fund raises have also been supported by founders whose continuing equity interest in their companies is underpinned by Business Relief attractions.

It would be strange timing for the government to remove incentives for investment in companies, large and small, at the time they most need it. In a recessionary climate the greater focus surely needs to be on supporting growth, which will ultimately lead to enhancing the bigger tax collections.

For a limited period, we think the government should actually consider enhancing the tax incentives for investing in the newly issued shares of UK listed companies, whatever their size, whether on the main market or AIM. Now that’s a radical thought!