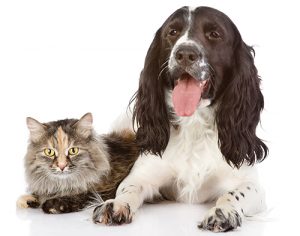 The share price of CVS Group (LON:CVSG), the UK’s leading veterinary services business, rose strongly this week on the back of another positive trading update. CVS has been a mainstay of Fundamental AIM portfolios for many years, although it’s tested our patience on numerous occasions.

The dynamics of the UK veterinary market have changed significantly over the past few years and a shortage of newly qualified vets, combined with the rapid consolidation of the sector, has been making life harder for CVS, the UK’s largest consolidator.

We were getting particularly concerned by CVS management’s strategy of pursuing high priced acquisitions, despite the evident challenges in the sector which needed addressing. Generally speaking Fundamental is a very cautious investor in pure ‘buy and build’ business models of the sort being run by CVS. From our perspective, there comes a point when the focus needs to be on internal matters and organic growth. However, we like the defensive attributes of this sector and the management team had done a pretty good job up to now, so we were prepared to see this through.

Other investors were clearly also worried about the state of play sending the share price down sharply to a low of 362p in January 2019 from 1140p just six months earlier.

The interim results for the six months ending 31 December 2019, announced at the end of March 2019, offered a first glimpse that things were improving, with management addressing several of the key issues which had contributed to the previous underperformance.

What encouraged us more than anything was the greater reluctance to pursue acquisitions, unless the price was right, and a greater focus on organic growth. The interim results commented on an increase in the number of in-house referrals, which would benefit the group’s referral centres like Lumbry Park, which we visited in the summer and in which they had made significant investment. The growing numbers joining CVS’ Healthy Pet Club scheme, which provides care through a monthly subscription model also looked encouraging.

Results for the year ended 30 June 2019 announced in September provided further evidence that things were continuing to improve with like-for-like sales growth of 5.2%, of which 4.3% came from the core Veterinary Practices division. Earnings before interest tax, depreciation and amortisation (EBITDA), after central office costs, rose 14.5% to £54.4m.

The group’s Healthy Pet Club had 401,000 members at the year-end, an increase of 10.8% in the year, with 133% growth in their new Healthy Horse Programme to 7,000 members. These membership schemes bind the group to its clients and their pets and lifted annual monthly based subscription revenue 19% to £45.4m.

It’s also reassuring to note that employment costs and vet vacancy rates have remained stable and only one acquisition has been made since September 2019.

The latest update cautioned that comparatives become more challenging in the second half of the current financial year given the improved second half performance seen in the previous financial year but it all sounds a lot more promising than 12 months ago.

While the shares still remain well below previous highs, they have performed strongly over the past 10 months rising over 170% from lows.

Having assessed the holding on numerous occasions over the past 18 months, our patience and ongoing commitment has been well rewarded…..up to now.

To find out more about other investment opportunities on AIM, the Main Market or overseas markets, contact Chris or Stephen on 01923 713890 or email [email protected]