Airlines stocks continue their recovery and quality continues to shine

AIM closes in on £100billion once again 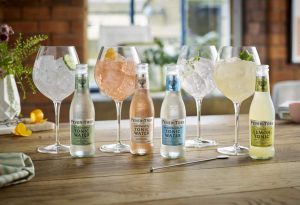 Wizz Air Holdings (LON:WIZZ), the largest low-cost airline in Central and Eastern Europe, announced fantastic results for the year to 31 March 2020. Despite the challenging environment WIZZ is committing to the purchase of plenty of new aircraft over the next few years and has also announced its first ever flights from London Luton to Moscow and St. Petersburg. The shares of WIZZ and other airlines, including Fundamental AIM portfolio holding Dart Group (LON:DTG), operator of Jet2.com had another strong week, despite the UK government’s quarantine travel rules, which are coming into force on June 8. With the UK suffering the second-highest Covid-19 death rate after Spain, according to excess mortality figures, we find it somewhat ironic that the UK wants to restrict the movement of evidently more healthy visitors to these shores.

The latest AIM statistics from the London Stock Exchange highlight a strong bounce from London’s growth market which will celebrate its Silver Anniversary on 19 June.  At the end of May 2020 there were 832 companies on AIM, with the total market value £98.6bn compared with £88.5bn at the end of April. Our associates Investor’s Champion cover all the monthly updates from AIM.

AIM, which was originally called the Alternative Investment Market, was launched on 19 June 1995 as a replacement to the previous Unlisted Securities Market that had been in operation since 1980. At launch, AIM comprised only 10 companies valued collectively at £82.2m, with only one survivor, remaining from the original 10. May closed with 18 AIM companies valued at more than £1bn, several of which are Fundamental AIM portfolio constituents.

Fevertree Dinks (LON:FEVR), the world’s leading supplier of premium carbonated mixers, and another Fundamental AIM portfolio holding reassured with its AGM statement. While their On-Trade market remains fully or partially closed across many of their regions, Fevertree has been doing nicely from the increased consumption at home during lock-down. At home (Off-Trade) sales in the first full month of lockdown were up 24% year-on-year in the UK and they have seen continued positive momentum since, with its core tonic range performing particularly well. Off-Trade sales in the US nearly doubled in April and May.

XP Power (LON:XPP), one of the world’s leading developers and manufacturers of critical power control components to the electronics industry, and a long-term holding in Fundamental General Portfolios continues to impress. XP has been experiencing exceptional levels of demand from its Healthcare customers which includes critical applications used to treat Covid-19 patients (including ventilators). As usual this fabulous business looks in great shape.

IG Group (LON:IGG), the online trading platform and another Fundamental General Portfolio holding reported 119% growth in trading revenue in the fourth quarter of its financial year, with full year revenue 36% higher at £649m. The shares were flat on the news, implying that the good news was already priced into the current share price.

Gamma Communications (LON:GAMA), the provider of cloud communication services and one of AIM’s largest companies, continues to impress reporting strong growth and heightened demand for its Cloud based products. However, even Gamma’s robust business model has not fully escaped the impact of Covid-19 and some staff have taken temporary “leave of absence” while continuing to receive their full pay. Although the Group has met the criteria to make a claim under the UK Government’s Covid-19 Job Retention Scheme, management decided not to make such a claim on the grounds that that scheme was designed to protect jobs rather than to boost profits for companies who have been able to continue to trade.  With cash continuing to flow in and the balance sheet in great shape with plenty of cash, Gamma is one of the few companies confident enough to commit to the payment of a final dividend of 7.0 pence per share, up 13% on the prior year, which will cost £6.5m. Fundamental AIM portfolios hold shares in Gamma.