Health-care diagnostics are the pick of the week 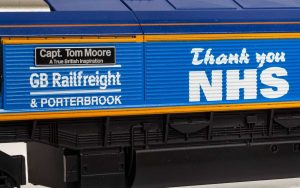 Shares in high flying ITM Power (LON: ITM), the energy storage and clean fuel company, had an interesting week after announcing a distinctly underwhelming year end trading update.  It is quite staggering how a business with real annual sales revenue of only £3m can now be valued at over £1bn. There is clearly a huge opportunity ahead, but the valuation appears to be well ahead of itself and ITM is yet to demonstrate an ability to actually make any money from its technology. The market is  clearly unfazed by such trivial concerns.

Later in the week senior management of ITM exercised options over 3.9m shares, netting themselves over £13m. Shareholders probably won’t begrudge CEO Graham Cooley his seemingly outrageous £6m options bonus, with the shares up over 700% over the last 12 months. However, there does seem to be something inherently wrong with a system which richly rewards management based on a temporary share price growth, yet modest real commercial achievement.

Another Fundamental AIM portfolio company, Advanced Medical Solutions Group (LON: AMS), the surgical and advanced wound care specialist, issued a reassuring trading update. AMS has been experiencing a slowdown in demand for its products caused by the cancellation or postponement of elective surgeries, dental procedures and a reduction in the volume of accident & emergency treatments. However, with plenty of money in the bank and cash continuing to flow in, management reconfirmed its intention to recommend the payment of a final dividend for 2019.

There was a great story from Hornby (LON:HRN), the model railway group, which has been struggling over recent times. The fundraising efforts of Captain Tom Moore inspired Hornby to produce a model of the GB Railfreight Class 66 diesel locomotive which has been named after him, with the profits going straight to the NHS. The model sold out within hours of release, raising approximately £140,000 for NHS Charities Together, which will be donated on the launch of the model, later this year.

Portmeirion Group (LON:PMP), the designer and manufacturer of high quality homewares, raised £10m to fund its growth aspirations. The new money being raised will be used to accelerate its online efforts, extend its Wax Lyrical line and invest in its UK manufacturing operations. With more of us set to avoid restaurants, Portmeirion could do well as we refresh our cupboards, although perhaps they could do with some more youthful designs.

We struggle to understand the stock market suitability of OnTheMarket (AIM: OTMP), the majority agent-owned company which operates the OnTheMarket.com property portal. Its full year results were predictably terrible and another fund raise will surely be required to keep it afloat. The listed Group is 65% owned by over 3,000 agent shareholders which operate 6,000 branches which are offered preferential deals and shares in the listed group. The non-agent shareholders providing the real equity capital are therefore continuously being diluted through the issuance of incentive shares to agents.

Healthcare diagnostics has become a very hot area over the pandemic and Diaceutics (LON: DXRX), the diagnostic commercialisation company, raised £20.5m in the week to help support its ambitions.  Our associated research site Investor’s Champion recently published an in-depth commentary on Diaceutics.

Another diagnostic company, Immunodiagnostic Systems Holdings (LON:IDH), announced that its new automated Covid-19 IgG assay test had achieved CE marking and is expected to be available for sale by the end of this month. Shares in IDH soared more than 50% to levels not seen since 2017 in reaction to the news. The test is highly accurate, providing results in 25 minutes, and all the steps are automated with no manual reagent preparation required, ensuring minimal hands-on time for lab staff and therefore a high daily throughput.

Two of our general portfolio companies Games Workshop (LON:GAW) and Moneysupermarket (LON:MONY) issued updates, with the former the pick of the bunch.

Games Workshop confirmed that 306 of its 532 stores are now open in 20 countries, with the recovery in business since re-opening better than it had expected. For the year ending May 2020 they now anticipate sales of c£270m, which is ahead of consensus forecasts of £261m, and pre-tax profit no less than £85m which is marginally below. This includes royalties from licensing of £16m, up 40% on 2019 – the royalty opportunity for this business looks significant! With plenty of cash in the bank, management is already talking about repaying the government subsidies received to date.

While some of Moneysupermarket’s markets have been quieter, notably money and insurance, it has seen growth in energy switching searches and broadband. With cash continuing to flow into its coffers, net debt was a modest £0.8m, even after paying a final dividend of £46m, making MONY one of the few companies with the resources and cash flow to be able to commit to a final dividend.

Please visit our YouTube channel from the link here for a video covering news from the week.